The use and field of AR and computer vision are rapidly changing in how these technologies are being used in navigation.

Recharter of Features API SWG adds new work items for the group to continue the evolution of this important building block for location. 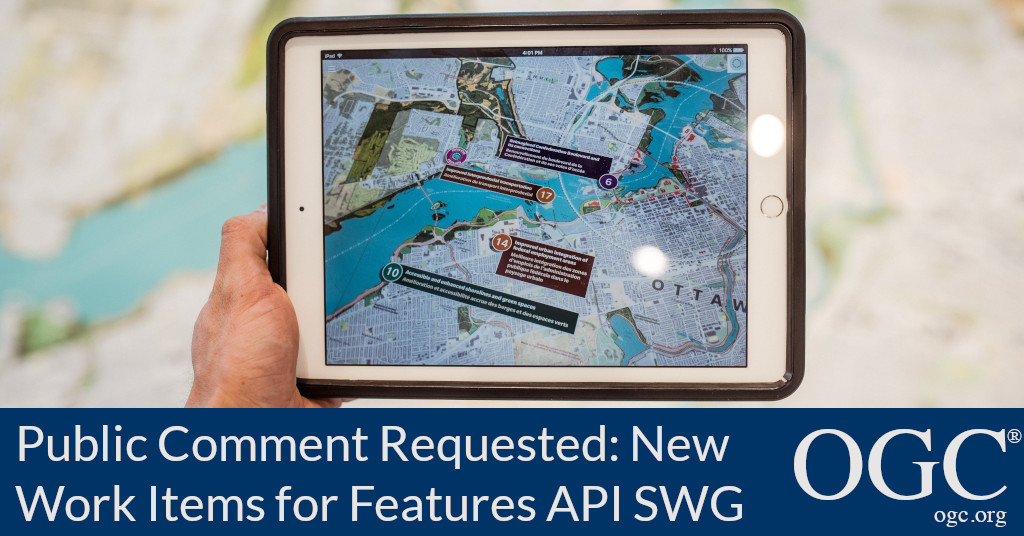 The Open Geospatial Consortium (OGC) seeks public comment on the proposed updated charter for the Features API Standards Working Group (SWG). Comments are due by February 5, 2021.

The purpose of the Features API SWG is to: develop new and maintain existing parts of the OGC API - Features[2] multipart standard; develop corrigenda for the related WFS 2.0[3] and FES 2.0[4] standards; and review draft Engineering Reports[5] from the OGC Innovation Program[6] related to OGC API - Features.

The recharter adds the following new work items to the SWG:...

American Robotics Becomes First Company Approved by the FAA To

A  seminal milestone in the drone industry, American Robotics now meets the safety requirements needed to make drones scalable for widespread commercial use.

With this approval, American Robotics is now able to operate its fully-automated drones without human operators on the ground. (Photo: Business Wire)

This approval represents a pivotal inflection point in the commercial drone industry. Prior waivers and certifications awarded by the FAA required...

Through the unique, easy-to-use senseFly Academy platform, operators in all verticals – from surveying and GIS to agriculture and construction – can access a wide range of courses and modules as part of a self-paced training program. Shaped by senseFly experts, the modules are based on a deep understanding of operator needs and pain points and have been developed to help senseFly users overcome both common and sector-specific challenges. The platform guides users through the essential steps of drone mapping and usage, in addition to offering more in-depth insights into managing project workflows and in-field and in-flight troubleshooting.

Users of senseFly Academy can also register for the Certified senseFly Operator Program that helps operators to upskill and demonstrate an in-depth understanding of drone technology and processes. The online course is divided into six comprehensive modules and aims to equip users with proof of the necessary skills and knowledge required for flying mapping drones...

NCAP is the U.S. Government’s premier consumer information program for evaluating vehicle safety performance. The NHTSA proposal to add ADAS technologies to the NCAP includes pedestrian automatic emergency braking, lane keeping support, blind spot warning and blind spot intervention. The proposal asks for comments on how best to develop a NHTSA rating system for ADAS technologies. It also requests comments on potential approaches for conveying this information on the Monroney label, which is displayed on all new automobiles and provides important vehicle information to consumers.

“NHTSA’s proposal has the...

The adoption of warehouse spatial intelligence (WSI) can help to reduce waste, producing mainly what we need rather than over producing while ensuring needed products can reach consumers more quickly.

Google is using artificial intelligence to develop maps of tree canopy from its aerial imagery.

Indian Army signs a $20 million contract with ideaForge to

MUMBAI, India, Jan. 14, 2021 — (PRNewswire) —The Indian Army has signed an approximately $20 million contract for undisclosed quantities of a high-altitude variant of ideaForge's SWITCH UAV which will be delivered over a period of 1 year. ideaForge has been awarded this contract after it emerged as the only vendor that qualified the operational requirements in an evaluation done in real-world conditions, for a fast-track procurement. The contract marks a strategic shift in the Indian defence procurement process as the Indian Army goes on an aggressive modernization drive. It has also cemented ideaForge's position as India's largest manufacturer of drones for defence, homeland security and industrial applications. 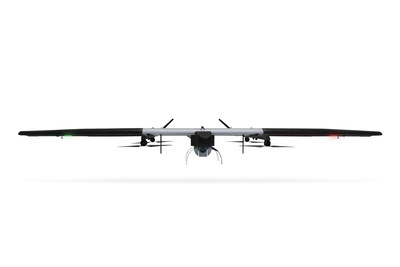 SWITCH UAV is an indigenous system built to cater for the most demanding surveillance operations of the Indian Forces. This Fixed Wing VTOL (Vertical Take-off and Landing) UAV can be deployed at high altitude and harsh environments for day and night surveillance in Intelligence, Surveillance and Reconnaissance (ISR) missions. It is man-portable and has the highest time on target compared to any other UAV in its class.

Speaking on the development, ideaForge CEO, Ankit Mehta said, "SWITCH UAV is the culmination of insights and knowledge we have gained over years of experience in helping the Indian Forces operationalize UAVs in their ranks. The trials saw about a dozen national...

Barbara J. Ryan steps up as the ExecutiveDirector of the World

Barbara J. Ryan steps up as the ExecutiveDirector of the World Geospatial Industry Council

Ms. Barbara J. Ryan has stepped up as the ExecutiveDirector of the World Geospatial Industry Council (WGIC) starting this new year. Mr. Sanjay Kumar concluded his term as the Chief Executive and will continue to support WGIC as the Secretary-General.

Amersfoort, The Netherlands,  January 14, 2020 - The World Geospatial Industry Council (WGIC) is pleased to announce that Ms. Barbara J Ryan as its Executive Director, effective January 1, 2020. Further, Sanjay Kumar completed his tenure as the Chief Executive Officer on December 31, 2020 and will continue to serve the global Council as its Secretary-General. 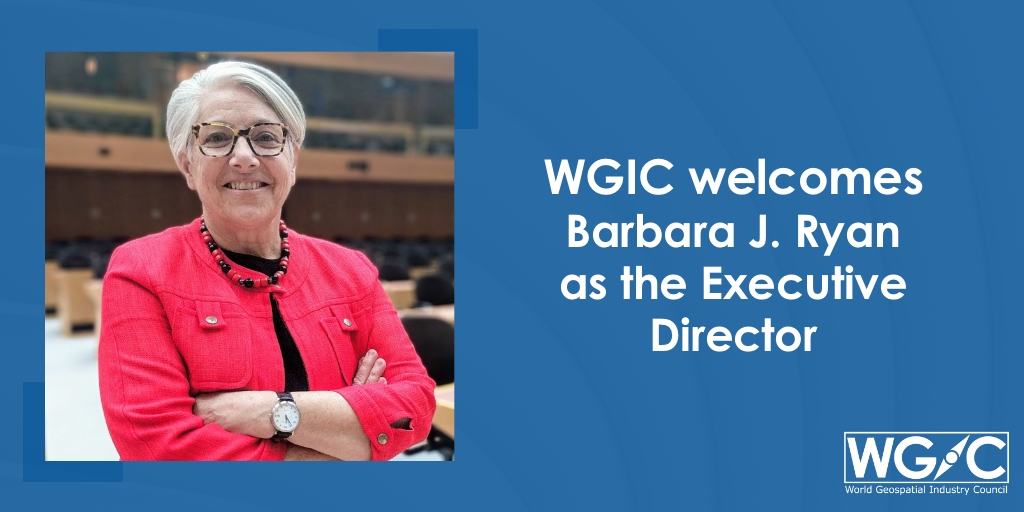 Mr. Sanjay Kumar, through his collaborative leadership, leaves an impact on the global Council

Established in 2018, the World Geospatial Industry Council started gaining worldwide recognition as a transformative industry association for geospatial matters. As the CEO & Secretary-General, Mr. Kumar has played a pivotal role in the formative years, collaborated with leading geospatial companies and global organizations, and strengthened WGIC's member and partner base. Along with the Patron and Executive Boards, he carved out the vision and delivered its mission. Mr. Kumar shaped the committees and working groups and brought in prominent leaders at WGIC to lead various initiatives and programs. Further,...